HIEROPHANT'S DESCENT established under the full moon of 22nd of December (winter solstice) anno 2010 by The High Priest of Ubbo Sathla, The One Without Form, Lord of The Swamp (six string necromancy / voice of the macabre) and The Last Great Wizard of The Necromantical Temple In Yethliriom ( perverted bass scizophrenia). Their aim is to revive the old coffin spirit of the once Hellenic u/g scene, in the fiery path of old ROTTING CHRIST, VARATHRON, THOU ART LORD, NECROMANTIA, FUNERAL URN and other morbid acts of the past.
Shortly after one more new fallen soul united their forces, Rlim Shaikorth, The White Worm, Dweller of Yikilth, Haunter of The Frozen Black Seas (ritual keys).
The concept of HIEROPHANT'S DESCENT is based firstly on the damned works of Clark Ashton Smith and afterwards on other dark authors like William Hope Hodgson, Algernon Blackwood, Abrose Bierce, E.A.Poe, Arthur Machen, Robert W. Chambers, H.P. Lovecraft, August Derleth and more. 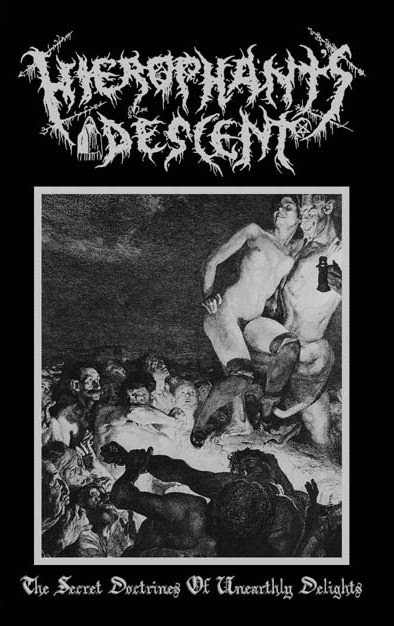 Promo tape 2011 was recorded on 21st of June (summer solstice) during a mystical meeting in a secret cave in the bowels of Mount Voormithadreth and was meant to be spread in zines and u/g labels only.
Released in pro tape by Raw Black Kult Prod. (Bolivia) in 2012 limited in 139 copies. 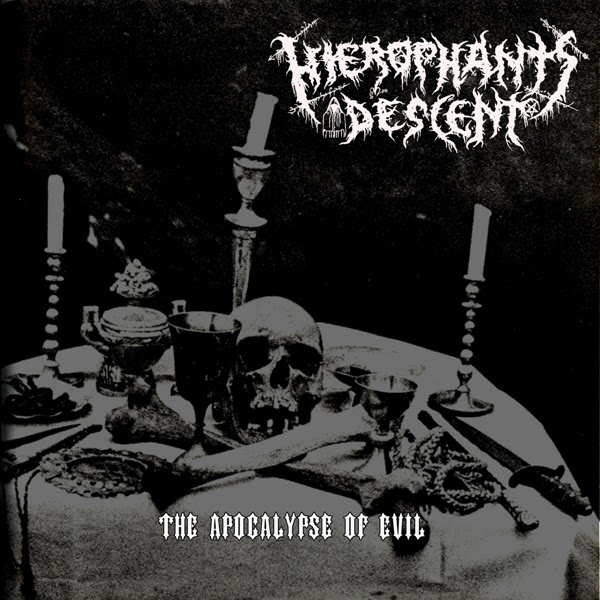 The Apocalypse of Evil
(Under The Sign of Garazel)

1. Hooded Vagrants of Cryptic Graves
2. Thy Ascension of A Hideous God
3. The Abyss of Eternal Night
4. Abominable Echoes of Vile Mysteriis